Transforming the spectral lines of each element into a musical tone provides a fun tool for teasing out patterns in the electronic structures of atoms.

Early in her tenure as a physics instructor at Skidmore College, New York, Jill Linz wanted to meld her classical music background with her professional scientific life. She found a venue for this crossing of disciplines in a project that mapped atomic data into unique audible tones. Now, what started as an educational tool has led her to create a complete “aural periodic table.” By examining the waveforms and tonal qualities of each element in the table, she’s beginning to explore how this “sonification” of atoms might reveal unexpected structural relationships among elements. The work was presented at the 183rd Meeting of the Acoustical Society of America.

Linz’s original motivation for sonification of atoms came in 1997 while teaching a course on musical acoustics and digital synthesis techniques. “I wanted to make cool sounds!” she says. And that she did, by generating waveforms that represented the spectral lines of carbon, hydrogen, and other simple elements. These spectral lines correspond to transitions between electronic energy states, which result in light emission at specific frequencies. Linz took these light frequencies and expressed them as audible frequencies on a scale from 0 to 1000 Hz. She then input the converted frequencies and the relative amplitudes—a value corresponding to the brightness of that color component—into a digital audio program that combined them to form a raw base sound. Finally, applying an exponential decay to this sound, she created a “plucked string” tone that sounds more pleasing to the ear. These original atom tones inspired classical and contemporary music pieces, with scientific analysis a distant thought.

As an educator and a physicist, however, accuracy was paramount to Linz. As the Atom Music project expanded and became a popular course among both science and nonscience students, Linz’s physics and chemistry colleagues urged her to publish her methods and complete an entire periodic table. “The original idea was from chemistry, for blind students who couldn’t see charts or spectral lines,” she says. At the time, she had only created tones for the eight simplest elements, but she decided in 2016 to do the same for all the elements in the periodic table. “Making sure the science was correct and seeing it all through turned out to be much more difficult than I originally thought.”

Using data from the National Institute of Standards and Technology, Linz and a research student pored over the spectral lines that have been observed for each element. “There’s no mathematical way to automate this,” says Linz, noting that some elements have hundreds of individual lines that blend together. She had to develop an algorithm to determine which lines were important for creating a sound and which were not. Then, using audio engineering software, she applied signal-processing methods to create sounds from the mathematical sum of each set of lines.

Instead, Linz and her colleagues are exploring what patterns appear by grouping elements according to how harmonious they sound. One pattern they’ve found so far is that lower mass elements—such as carbon, oxygen, and hydrogen—tend to have dissonant tones. These light elements’ spectral lines are spaced across the entire spectrum. In contrast, heavier metals such as lead have purer tones that tend to be higher pitched. These elements’ spectral lines are much closer together, resulting in a waveform that approaches a clean sine wave. But there’s an exception within the heavy metals: Thallium is unusually dissonant. “It doesn’t belong. This is the type of outlier pattern that intrigues me,” says Linz.

Going forward, she wants to more closely examine correlations between waveform types and qualities. Is there a connection between elements that have a high-pitched, sinusoidal sound? Or ones that are dissonant and clangy? Can these patterns provide information about the atom’s inner structure? A sound engineer does not just listen to the tone but also pays attention to the digital waveform and the spectral distribution. Perhaps music-curious physicists and chemists can do the same to gain information about the atomic elements.

The audible periodic table is proving its intrigue for music and science alike. The atom sounds have already inspired several musical projects: a composition of “water” music made by mixing the notes from the hydrogen and oxygen spectra, improvisational work based on the musical scales of different elements, and a blues song drawn from the “chords” of the helium atom. Upcoming performances include the Atomic Suite for a string orchestra and a piece based on the tone signatures of iron and oxygen—key components of red blood cell transport. Students attending the Acoustical Society of America’s winter meeting called the atom music “awesome” and approached Linz about working with her on both music synthesis and physics research. She says, “I feel that what I have created is a new tool to investigate the atomic world. I truly hope that others find it a useful tool as well.”

Rachel Berkowitz is a Corresponding Editor for Physics Magazine based in Vancouver, Canada. 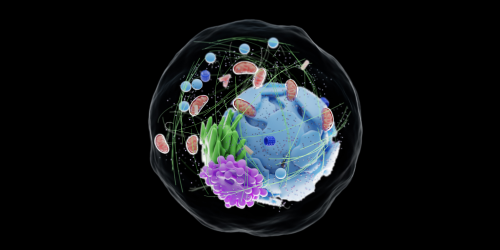 Researchers demonstrate a way to produce a sub-10-mK beam of lithium atoms without using laser cooling, a result that could allow the exploration of the effects of novel quantum regimes. Read More » 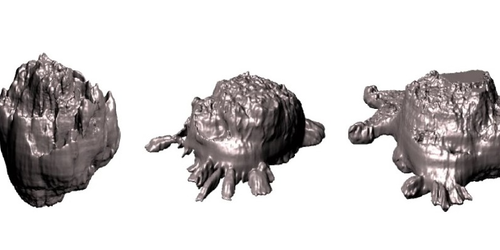